Sensei Jamie Sims joined Egham Karate Club at the age of 8. Although at first he was more inclined to cause mischief with his brother, who was also training at the time, he soon came into his own and started rising through the grades. Jamie passed his Shodan (1st dan) in 2005 at the age of 13, his Nidan (2nd dan) in 2009 and his Sandan (3rd dan) in 2013. Jamie excels in Kumite and has won several awards: 1st in a Grand Slam (which includes squad members from England, Ireland, Scotland and Wales), 1stin the Southerns team, 2nd and 3rd place in the Nationals. Jamie has been a member of the England squad since 2007.

Jamie is a fully qualified KUGB instructor and has been teaching karate in Egham since 2006. In 2010 Jamie was invited to teach in Woking and has been the chief instructor there since. As an instructor Jamie is quite casual and approachable, particularly with young children, however he expects nothing short of 100% effort. Through a combination of personal example, compliments and kind reproach he pushes his students to bring out their very best. Jamie’s training session put equal emphasis on technique as on fitness, explosive power, balance and quick reactions, which are all necessary for Karate. 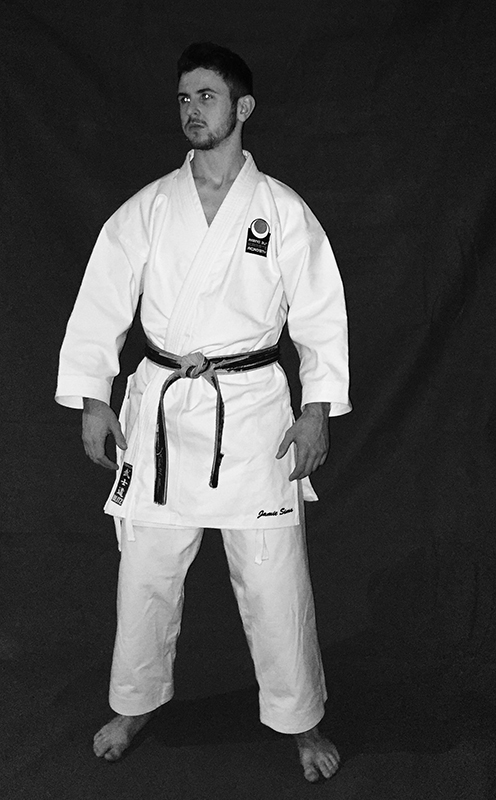